FAST-GROWING AND INTERESTING DRUGS OF 2015 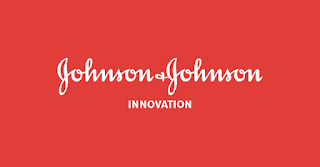 This write-up is based on some of the drugs mentioned in the white paper: Productive Innovation Index (PII) 2015, celebrating the top 30 pharmaceutical companies - most successful at bringing innovations to market.  Idea Pharma has produced this white paper - this company www.ideapharma.com links with pharma companies to successfully take new pharma products to market (Idea Pharma is a phase 2 player).  Idea Pharma does work from phase 2a, for strategic positioning, differentiation, value preposition, path to market strategy and so on…In phase 2 stage of clinical trials, the molecule is tested on larger number of patients (100 to 300 nos.) for efficacy and safety.

The productive innovation index 2015 was topped by Johnson and Johnson.

In 2015 there were interesting pharmaceutical products from Gilead and J & J - that tasted marketing success:

2) Olysio (simeprivir) and Sovriad (simeprivir) from Johnson and Johnson (Jannsen Therapeutics division) (both are simeprivir 150 mg capsules): Olysio is an antiviral antihepatitis C virus drug: simeprivir.  It is given orally, once – a – day, in combination with pegylated interferon and ribavirin (another antiviral drug) for treatment of chronic HCV (Hepatitis C Virus) infection.  This antiviral regimen is given to genotype 1 infected patients with chronic decompensated liver disease, including cirrhosis.  Simeprivir is an oral NS3/4A protease enzyme inhibitor (second generation protease inhibitor) (this enzyme is present in hepatitis C virus, and inhibiting this enzyme prevents the hepatitis virus from replicating in host cell).  Olysio was launched in the end of 2013, and in first nine months of 2014 it recorded sales 1.60 billion USD sales.  Sovriad (from Jannsen) is also a brand of simeprivir sodium 150 mg capsules and is marketed in Japan.

3)      Invokana (canagliflozin 100 mg and 300 mg film coated tablets) from Johnson and Johnson: is a first-in-class antidiabetic drug that inhibits a protein in the kidneys called SGLT2 (sodium glucose co-transporter 2 molecule), this protein reabsorbs the majority of glucose filtered by kidneys.  Thus, by inhibiting SGLT2, glucose is not reabsorbed, it goes out of the body through the urine.

4)   Imbruvica (ibrutinib 140 mg capsules) from Johnson and Johnson: is a targeted therapy anticancer drug used for treatment of blood cancer (leukemia): where there is increased WBC count, eg., chronic lymphocytic leukemia (this drug attacks cancerous cells without damaging normal cells, hence, side effects are less, ibrutinib not called a chemotherapy drug, since most chemotherapy drugs work on the simple principle that cancer cells divide and multiply faster than normal cells, but some normal cells also divide fast, hence, side effects with chemotherapy drugs are more).  Ibrutinib targets an enzyme called Brutons Tyrosine Kinase (BTK).  This enzyme protein molecule is required for multiplication of malignant or cancerous WBCs (White Blood Cells).  By blocking BTK, the multiplication of such cancerous B lymphocytes (a type of WBCs) is reduced.  In 2014, Imbruvica had sales of about 492 million USD.
5)      Zytiga (abiraterone acetate 250 mg tablets) from Johnson and Johnson: This drug inhibits an enzyme called CYP17.  Zytiga is given in combination with prednisone for treatment of resistant prostate cancer that has spread to other parts of the body.  When abiraterone inhibits CYP17 (which manifests as two enzymes), androgen synthesis is inhibited, reducing levels of testosterone, epiandrosterone and dihydrotestosterone.  By reducing blood levels of testosterone, abiraterone helps in reducing size of prostate gland etc.  2012 sales of Zytiga was almost 1 billion USD (near block buster, at 931 million USD).

6)    Invega sustenna (paliperidone pamitate, extended release injectable suspension, for IM use; available in 5 strengths including 39 mg, 78 mg etc.; available eg., as pre-filled syringe of 1 ml containing equivalent to 100 mg of paliperidone) from Johnson and Johnson: this is an atypical antipsychotic used in schizophrenia, and as adjunct to antidepressants and mood stabilizers).  This long acting injectable antipsychotic is given once a month.  In 2014, Invega sustenna generated USD 1.5 billion sales.

7)    Rezolsta (fixed dose combination of darunavir 800 mg and cobicistat 150 mg film coated tablets, pink oval shaped) from Johnson and Johnson: This is described as the first boosted protease inhibitor.  Darunavir is a protease inhibitor (anti HIV) with good safety and efficacy.  Cobicistat is a pharmacokinetic enhancer.  This makes darunavir easy to consume and improves patient compliance.  Cobicistat and ritonavir both inhibit CYP3A4, an enzyme.  The HIV is an intracellular parasite of the CD4 T helper lymphocytes.  The protease enzyme produced by HIV helps in replication of the HIV inside the CD4 T helper lymphocytes (a type of WBCs).  Darunavir is an enzyme that inhibits this protease enzyme and stops the replication of HIV.  Cobistat inhibits CYP3A4, an enzyme in the liver, that breaksdown or metabolises darunavir.  Hence, due to the cobistat action, darunavir stays in the body for a longer time and is more efficacious in lowering the viral load of HIV.  Prezista (single ingredient darunivir) had sales of 1.70 billion USD in 2013.

A breakthrough therapy is a drug:

Ø  intended alone or in combination with one or more other drugs to treat a serious or life threatening disease or condition and
Ø  preliminary clinical evidence indicates that the drug may demonstrate substantial improvement over existing therapies on one or more clinically significant endpoints, such as substantial treatment effects observed early in clinical development.


Thanks for reading this rather technical blogpost on some of the fast growing and interesting
drugs of 2015.  Please scroll down and read all other posts, kindly click on older posts to read other
interesting posts put up in the past: feel free to recommend this blogpost to your well-wishers.
Posted by Sunil S Chiplunkar at 3:07 PM No comments:

Sunil S Chiplunkar
Bangalore, Karnataka, India
I am a pharma marketing professional: with B Pharma from JSS College of Pharmacy, Mysore and I have done my M Pharma (1992) from Govt. College of Pharmacy, Bangalore (after passing GATE 1990). I have also done my PGDMM (Post Graduate Dip in Marketing Management) in 1998 (& UPGRADED IT TO MBA (MARKETING) IN DEC 2014) and PGDHRM (Post Graduate Dip in Human Resource Management) in 2011; both from IGNOU (Indira Gandhi National Open University), New Delhi, after passing INDOMAT entrance exam. My qualifications are B Pharma, M Pharma (Pharmacology), MBA (Marketing) and PGDHRM. I like writing (my professional articles have been published in Chronicle Phamabiz, Express Pharma Pulse etc), training, marketing and management science - besides healthcare and pharmaceuticals. I work in Pharma marketing.